Pushing Paper presents a collection of contemporary artworks with the aim of exploring drawing as a resurging artform in contemporary art. The first leg of the show is in the serious and studious room number 90 at the British Museum. The display will then tour to various venues around the U.K where each institution will present works from their own collections alongside traveling artworks. Works from established artists including David Hockney, Rachel Whiteread, Sol LeWitt, Anish Kapoor, Tracey Emin and Grayson Perry are included alongside works by emerging artists. These artworks have been made in a variety of mediums but they are all connected by the act of drawing. Drawing is celebrated as one of the oldest forms of human creativity which continues to be used to explore the modern world. Works in the show deal with a wide range of topics including explorations of gender, political activism and sexuality. This broad requirement has made for an excitingly eclectic show with some fascinating connections and approaches to drawing. The show is also divided up into broad themes of investigation including identity, place and memory.

Pushing Paper tours to the Oriental Museum in Durham, Pier Arts Centre in Stromness, Glynn Vivian Art Gallery in Swansea and Cooper Gallery in Barnsley from February 2020 to March 2021.

Here are a selection of my favourite works from the show; 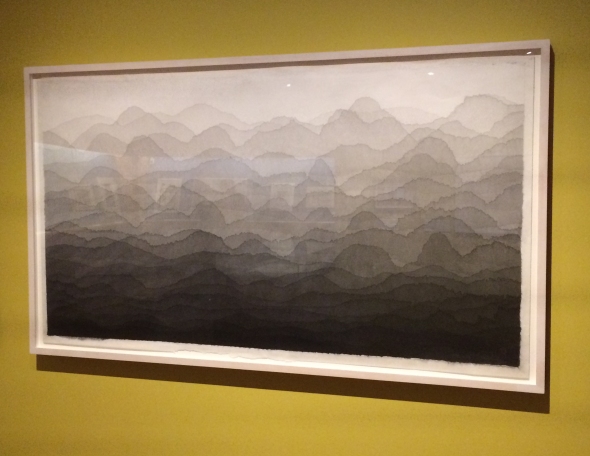 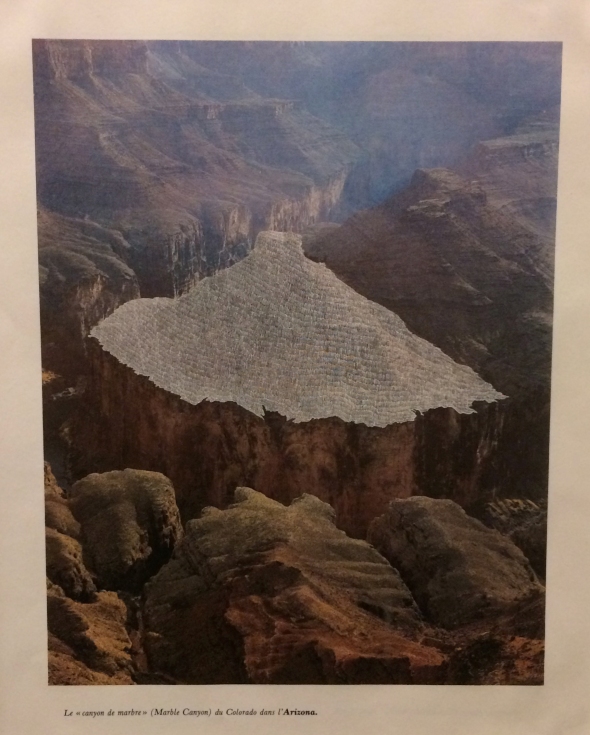 This artwork has been created using a painstakingly intricate technique which removed tiny sections of a reproduced image of Marble Canyon, Arizona in the United States. The result is a blanket of tiny little score marks which look like a new form growing out of or taking over the reproduced image.

In this painting by Amslem Kiefer the artist explores line by combining energetic brushstrokes with hand written text.

Untitled by artist Philip Guston uses a cartoon like drawing style to satirise Richard Nixon during his term as President of the United States of America. His face has deliberately been exaggerated to look like he has a penis for a nose and testicles for cheeks. 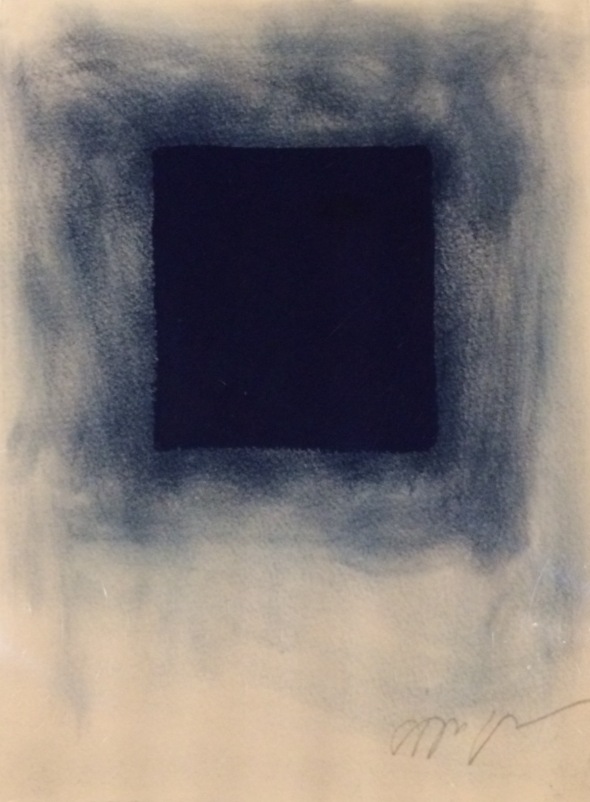 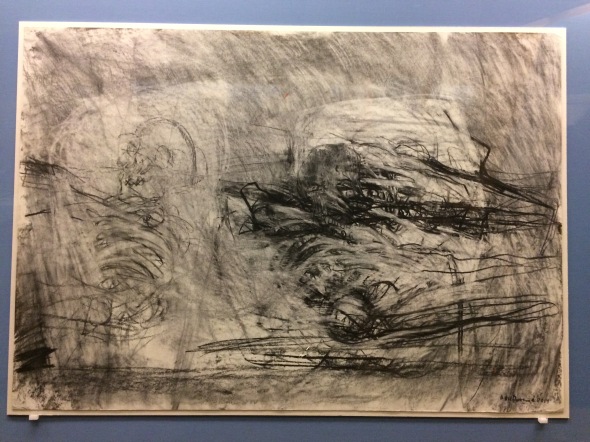 This is an energetic charcoal drawing made up of rapid mark making, smudged and reworked areas. Two skeletal forms can just about be made out. The loose drawing is used to express the volatile and surreal conditions in war torn Syria.

03 Dec This entry was published on December 3, 2019 at 10:33 am. It’s filed under Exhibitions and tagged art, British Museum, Contemporary art, Drawing, gallery, museum, painting, Picture, Room 90. Bookmark the permalink. Follow any comments here with the RSS feed for this post.