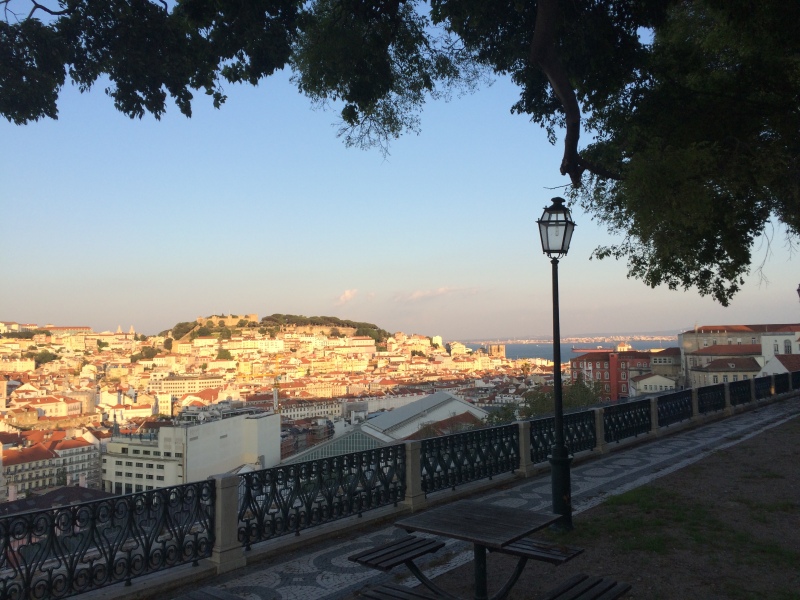 Lisbon is a feast for the eyes. Wherever you look there is a visual surprise and the city exudes a rustic charm. The city is made of decoration. Every cobbled street is covered in mosaics which create hypnotic patterns. The buildings are adorned with beautifully coloured ceramic tiles (azulejos) and created in the flamboyant Manueline architectural style. Within this exciting city there are some fantastic museums, galleries and art sites. Here are some of my highlights.

LX Factory is a hive of creativity and a centre for urban art. The LX Factory is set in an old fabric production plant and houses shops, cafes, restaurants, art studios and galleries. Much of the site has been taken over by some of the leading street artists. Artist @b0rdalo_ii has created a giant bumble bee on the side of one of the buildings. The work is made up of assembled objects and spray paint. @annalauriniblue displays several of her playful street art portraits. The Detroit based Hygienic Dress League Corporation have created an oversized eagle headed businessman in the car park. 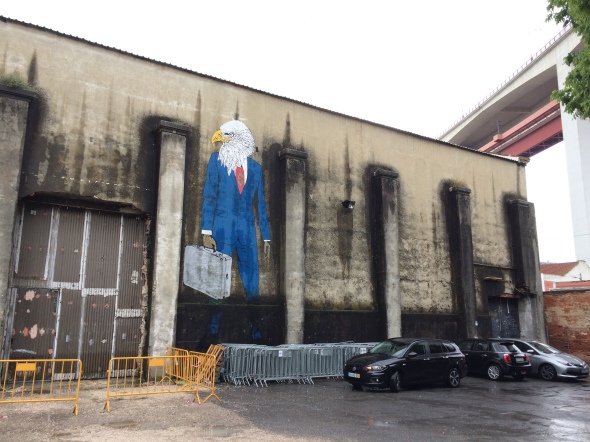 The Museu Nacional de Arte Contemporanea do Chiado is set on the site of an old monastery and houses a wonderful collection of Portuguese art including artwork from 1850 onwards. The collection gives a real insight into the development of Portuguese fine art through art movements including romanticism, naturalism surrealism and modernism. I really enjoyed discovering the work of Jorge Vieira. His sculptures depict figures which are abstracted into sharp geometric forms or spindly surreal shapes. They are surprising, almost a bit aggressive and mysterious. They remind me of the work of Alberto Giacometti and Henry Moore.

The painter Joaquim Rodrigo also has several works on display in the museum. His work was inspired by a variety of sources including abstraction, expressionism and art from Australia and Africa. His visual language includes using symbols and cartoon like forms as well as politically charged statements. The works have a street art energy and feel like a product of urban art.

In 2017, Lisbon held a street art festival around the Marvila district of the city. Leading Portuguese and international street artists were invited to take part and commissioned to paint murals on sides of several of the neighbourhood’s residential buildings. This work is by Brazilian artist Eduardo Kobra. This incredible artwork depicts the face of a native Indian chief called Raoni from Brazil.

The Cidadela Art District is a non-profit cultural organisation based in the beautiful seaside town of Caiscais, about thirty minutes by train from central Lisbon. The institute showcases art from Portugal and hosts several studios and galleries. They provide space for inter-cultural inspiration and promote a dialogue between artistic communities. This idyllic retreat would make an amazing art residency experience.